Everton Stadium and the City of Liverpool has been shortlisted as part of the UK and Ireland’s preliminary bid dossier to host UEFA EURO 2028.

The pioneering five-association collaboration brings together the Government partners of UK, Ireland, Scotland and Wales, as well as officials in Northern Ireland, with the aim of hosting the four-yearly tournament in western Europe.

The bid has shortlisted 14 stadia in famous sporting cities known throughout the world. These destinations are home to clubs with great footballing history and heritage and form part of a plan that ensures all the proposed cities and stadia are connected by direct, quick and sustainable transport links and accommodation that will provide an unrivalled experience for teams and fans.

With a planned capacity of 52,888, Everton Stadium has been chosen as the preferred venue for the City of Liverpool.

Everton’s iconic new home, one of 11 shortlisted venues with a capacity greater than 50,000, will be located on the banks of the River Mersey and forms part of the city’s world-famous waterfront.

It will one of the most accessible and sustainable sporting venues in the country and, combined with a legacy development at Goodison Park, is estimated to generate a £1.3bn boost to the economy, create more than 15,000 jobs and attract 1.4m visitors annually to the city.

Prof. Denise Barrett-Baxendale, Chief Executive Officer at Everton Football Club said: “We are proud that Everton Stadium and the City of Liverpool has been shortlisted to form part of the UK and Ireland’s strong bid for Euro 2028.

“We believe our new waterfront stadium and the city of Liverpool can offer resources and infrastructure that make it a perfect location for one of the most celebrated and anticipated tournaments in our sport.

“Everton has a rich and storied footballing history and, like our game, that is woven into the fabric of our city. Regardless of footballing affiliation, people in our region are not only passionate about their football but knowledgeable about the sport and, more importantly for a host city, are very welcoming.

“Hosting games at Euro 2028 will allow the Club and the local authorities to build on the transformational impact Everton Stadium is already having on our city region. Should we be selected as a host venue and city - and if the UK and Ireland bid is successful in the overall process - these games will inspire young people from many of our diverse communities. It will also allow Everton Stadium to act as a further catalyst for delivering meaningful socio-economic public benefits after the stadium build has been completed, during the tournament and beyond.

“Goodison Park hosted matches in the 1966 World Cup. In the same way that the Club’s role in that tournament is fondly remembered today, Everton Stadium being part of Euro 2028 will create memories and a legacy that will last a generation.”

The UK and Ireland has a track record of hosting successful major sporting events over many decades, highlighting the expertise and experience to take this world-class tournament to new heights.

Key to this vision is a commitment to diversity, social purpose and innovation in delivering an outstanding UEFA EURO 2028 that will create unforgettable memories in sold-out, iconic stadia in famous footballing cities.

Consultation will now continue into next year with a final list of 10 stadia to be submitted to UEFA in 2023.

The proposed shortlist cities and stadia are: 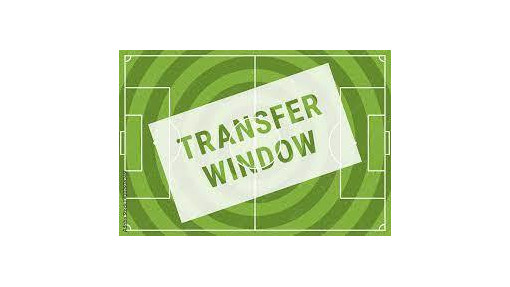 If you need extra Office Support Staff or Accountancy Practice staff, come January, the time to start the recruitment process is NOW to allow for interviews, notice periods and induction of new staff as soon as possible.