A listed Victorian mansion in Liverpool that was completed in 1884 will be converted into apartments in a multi-million pound plan backed by a local heritage group. Tony McDonough reports:

A Victorian mansion in Liverpool is to be converted into 11 new apartments as part of a multi-million pound plan to create 21 new homes.

Before submitting a planning application, Hassett is embarking on a consolation process with people living nearby. His scheme already has the backing of local heritage group, the West Derby Society, run by Stephen Guy.

‘This building needs to be seen and enjoyed and we’re delighted with the plans. This was the last big house to be built in West Derby in the Victorian era and is an important part of the village’s heritage. I’m certain local people will join us in supporting this’.

Eddesbury was completed in 1884 by noted Liverpool architect Francis Doyle for a family of wealthy grocers. It was once occupied by cotton broker Danson Cunningham, a friend of Margaret Beavan, Liverpool’s first female Lord Mayor.

It was her name that was used when the building later became the Margaret Beavan School, an establishment for children with special educational needs. Liverpool City Council deemed it surplus to requirements in 2004 and it was closed down. It has remained empty ever since.

Hassett Homes agreed to purchase the site from a private entity in 2020. It says it will submit its planning application in the autumn following consultation with local residents, which is now under way.

‘This is a gem of a building with some delightful interior and exterior features that we will be preserving and enhancing.

The generous grounds allow us to support the scheme’s viability with much-needed new homes whilst retaining views of the main house across re-instated landscaping. It will add considerable value to the neighbourhood and remove a source of anti-social behaviour’.

The Eddesbury development has been designed by the Liverpool studio of Drome Architects. Satplan are planning advisors, with Graeme Ives (heritage), Tyrer Ecological Consultants and Highways Advice also part of the professional team. 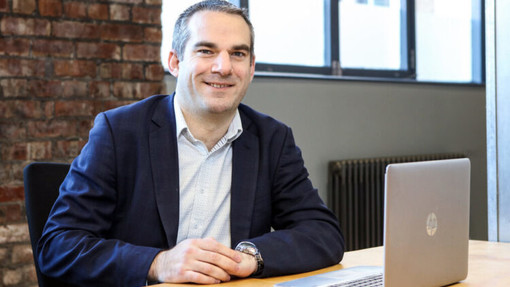 Companies involved in robotics, workboats, merchandise, domestic appliances and pharmaceutical technology are all on the shortlist in the Liverpool Chamber Innovation in Business Awards.