A powerful collaboration of industry leaders has outlined a series of actions needed to supercharge the green industrial revolution and level up the country.

As the Climate Change Committee demands urgent action to tackle climate change, Net Zero North West has launched a manifesto for keeping the country on course to reach net zero by 2050. With industry accounting for around a quarter of CO2 emissions in the UK, the manifesto sets out a series of policy asks to Government that will accelerate industrial decarbonisation.

The manifesto calls for leading hydrogen and carbon capture project, HyNet North West, to be selected as a ‘track 1’ cluster in the upcoming carbon capture usage and storage (CCUS) sequencing competition. Hynet can deliver over three-quarters of the Government’s 2030 target for hydrogen production, 100% of the target for CO2, and with Government support could be operational as early as 2025.

Alongside this, the manifesto identifies the need for competitive and investable hydrogen and CCUS business models, and a joined-up hydrogen and ammonia strategy, highlighting the role that ammonia has to play in transporting and storing hydrogen, as well as a low carbon fuel for aviation and shipping.

The manifesto also calls for changes to local energy regulation citing how the North West’s blueprint for a decentralised low carbon energy system, or Smartgrid, in the area around Ellesmere Port in Cheshire, could deliver cheaper and cleaner energy for power, heating and transport.

It also provides recommendations for building a resilient circular economy, including more consistent kerbside collection schemes, the roll out of digital Deposit Return Schemes and supporting end of life plastics as a ‘recycled carbon fuel’ for buses, cars and HGVs.

The manifesto is supported by Andy Carter, Conservative MP for Warrington South who said:

‘Our region blazed a trail with the first industrial revolution and our stock as pioneers is just as high today. From offshore wind and hydrogen, to carbon capture and electric vehicles, the North West is on a path to become a world-leader of the green industrial revolution. This manifesto sets out a vision for how North West industry can play a pivotal role in reaching our 2050 net zero target, and pinpoints key policy challenges that need broken down to get there. I urge the government to consider these proposals to help level up the North West and enable our region’s industry to innovate, deliver a clean growth boom and create thousands of high value green jobs’.

‘The UK Government has taken a global leadership role in setting an ambitious trajectory to reduce greenhouse gas emissions. In the North West, we are taking urgent action to support a green industrial revolution to help meet this ambition. This manifesto sets out how working together we can drive this transition to meet our net zero targets and level up the country. This is a time for action and, with an unrivalled range of low carbon projects already happening, in the North West we’re primed to deliver’.

Net Zero North West’s Manifesto can be downloaded here. It has been released ahead of the organisation launching its landmark Economic Investment Prospectus report, which will reveal the game-changing clean growth investment opportunities across the North West that will help meet the aspirations of the Ten Point Plan. 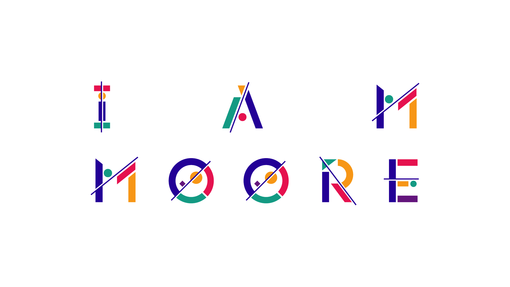 Over 400 jobs have been made available for young people aged 16-24 by the social impact mission, I Am Moore​.