It is claimed more than 1,000 direct and indirect jobs will be created by two new TV and film studios which open their doors in Liverpool in the next few days, Tony McDonough reports:

Liverpool’s new TV and drama studios will open for business next week and it is predicted they will lead to the creation of more than 1,000 jobs.

The Depot, located adjacent to the future Littlewoods Studios site close to Edge Lane, will now offer the complete package for film producers. It will provide an estimated £24m boost to the city region economy and provide 360 direct new jobs and an expected 760 indirect jobs.

And, in a further boost to the city region’s film and TV industry, Metro Mayor Steve Rotheram is pledging a further £1m to support high-end TV and film productions in the following the success of hit TV dramas Time and Help.

Forecasts show the fund, which is managed by Liverpool Film Office (LFO), generated £12m of spending in the city region and led to 455 full time jobs. It also led to the creation of 29 training places.

LFO, which is also overseeing the management of The Depot, is keen to find productions that will employ local crew and work with local businesses on training initiatives. A key goal is to develop and strengthen the local talent pool and secure Liverpool’s long-term ambition to be a first-class creative and digital content production base.

The Depot is seen as critical to Liverpool’s strategy to cement its reputation as one of Europe’s premier film and TV production hubs, following a £17m funding commitment from the Liverpool City Region Combined Authority’s Strategic Investment Fund.

The city is currently hosting productions such as Sky’s Funny Girl starring Gemma Arterton and Channel 4’s The Curse from the team behind People Just Do Nothing, as well as recently investing and supporting Channel 4’s Help starring Jodie Comer and Stephen Graham.

‘Liverpool’s TV and film industry has been one of the city’s great success stories of the past 20 years, and thanks to these new studios the city’s offer can continue to flourish for the next 20 years. The Depot is a great example of how Liverpool is maximising its potential to fuel its recovery from the pandemic. Of course, we all love it when a blockbuster comes to town but what I really love is how our Film Office is going to be able use these facilities not just to attract more productions, for longer, but to develop more apprenticeships and job opportunities’.

Thanks to the Metro Mayor’s fund, the film boom is not just about Liverpool city centre. There has also been significant activity in Halton, Wirral and Sefton. Other shows to benefit from the fund were BBC series The Responder, starring Martin Freeman and written by local ex-police officer Tony Schumacher.

‘Our ambitious plans are to help make our region the ‘Hollywood of the North’ and we have already invested £17m to develop film studios at Littlewoods, which will help us cater for productions from writing and filming, right the way through to editing and post-production. Our heritage, architecture, talent and people have always helped us to attract film and TV productions from across the globe. These new facilities will help us keep them here and offer the full package to productions, from providing stunning filming backdrops to the more technical editing and recording work’. 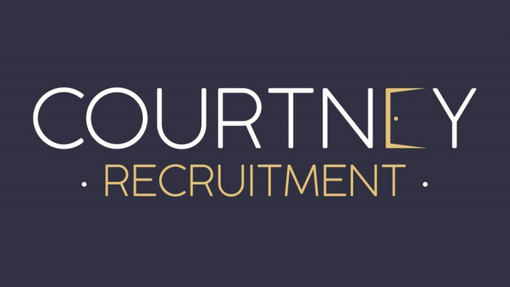 Courtney Recruitment was set up by Elaine Courtney and Stuart Reed to offer a unique, consultative, recruitment service to businesses looking to expand their team or fill existing roles across Liverpool and beyond.