CAZOO PLEDGES UP TO £50,000 SUPPORT FOR EVERTON IN THE COMMUNITY …donating £1,000 for every Premier League goal Everton score

Cazoo, Everton’s new shirt sponsor and principal partner, has today announced that it will donate £1,000 for every goal scored in the Premier League by the Blues this season to the Club’s official charity, Everton in the Community.

The new ‘Goals for Good’ charitable initiative, developed by Cazoo, could raise up to £50,000 for the Club’s community scheme this season and it got off to a flying start thanks to Dominic Calvert-Lewin’s pinpoint header against Tottenham Hotspur on their opening game of the 2020/21 Premier League season meaning that Everton in the Community’s life-changing and life-saving work has already benefitted from a £1,000 ‘Goals for Good’ donation.

Cazoo, the UK’s leading online car retailer, which makes buying a car as easy as buying any other product online today, was announced as the Club’s new main partner at the end of the 2019/20 season and immediately started speaking to Everton in the Community after hearing about its impact and work across Liverpool City Region and will now become an official partner of the Club’s charitable arm.

Established in 1988, Everton in the Community delivers more than 40 programmes a year, specifically designed and developed to tackle social issues which are prevalent across Merseyside such as mental health, employability, dementia, education, disability, poverty and homelessness.

Alex Chesterman OBE, Founder & CEO of Cazoo said, “We are delighted to be supporting Everton in the Community, a great charity that uses the power of sport to educate, motivate and inspire people in the local communities around Liverpool. It’s going to be an exciting season and the more goals scored the happier we will be to support more of the incredible work Richard and the team are continuously delivering.”

Dominic Calvert Lewin, Everton Football Club forward, said, “Everton in the Community holds a special place in the heart of everyone at the Club and it’s fantastic that Cazoo have recognised this with such a generous commitment. During my time at Everton I’ve been fortunate to have spent a lot of time visiting the charity’s programmes and I know first-hand just how much of an impact this contribution will have on the lives of so many participants across the local community. It makes scoring a goal even more special when we know it’s directly supporting Everton in the Community’s work in helping those in need.”

Richard Kenyon, Everton in the Community Chief Executive Officer said: “We are really pleased to welcome Cazoo as a new Official Partner for our charity. From the moment we were first introduced, there was an instant connection between Cazoo and Everton in the Community. We share many of the same values and they were keen to show their support for our work and give something back to the local community. We are very appreciative to them for the generosity shown with the launch of ‘Goals for Good’. I look forward to hopefully celebrating many Everton goals this season!”

Everton in the Community’s new partnership with Cazoo will also see the two pioneering organisations work together on a series of Corporate Social Responsibility and employee engagement initiatives. 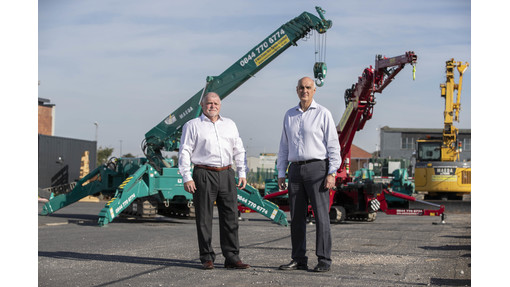