A top UK economist has told an audience of Merseyside business leaders that that the post-COVID recovery was already under way.

Martin Beck delivered a realistic but upbeat message about prospects of the UK economy post-COVID-19 in a webinar with members of industry body Mersey Maritime.

He said the recovery had already started and his analysis is backed up by the latest North West regional PMI data from Natwest. Its North West Business Activity Index, a seasonally adjusted index that measures month-on-month output, climbed sharply to 48.4 in June, up from May’s 33.

Mr Beck, lead UK economist at Oxford Economics, was speaking at the second in a series of three online events organised by Western Union Business Solutions in partnership with Mersey Maritime and Maritime UK.

He laid out the grim effect of the coronavirus epidemic and lockdown on the UK since March, saying the economy had “taken a beating” during March and April with the “biggest contraction in output since 1979”.

“We will see the full effect of the lockdown in the second quarter data,” said Mr Beck. “During the lockdown the economy was running at around 75% of its full capacity. It was a drop that was unprecedented.

“For the full year we think the UK economy will shrink by about 11%. We have to go back to 1921, almost 100 years to find anything similar. We think there will be a 10% bounce in 2021 and it won’t be until the end of next year that the economy will return to its pre-pandemic levels. We are basically looking at two lost years.”

However, Mr Beck said there were clear signs that the recovery in the economy was “already kicking in” and that activity was already on the rise. He added: “The thing with economists is that they often assume that things will stay as they are for long periods.

“So at the start of the pandemic they were over-optimistic about the impact it would have on the economy. However, they are now being a little too pessimistic about the upside. Things are improving quicker than we expected.

“Retail sales rebounded by 12% in May, although they are still some way behind. What is happening is that when people came out of lockdown they were buying things such as DIY and household goods.”

He added that consumers had adapted quickly to the lockdown with a big rise in the proportion of purchases being made online. It went from 20% of retail spending to around a third.

Mr Beck said some people had compared the impact of the epidemic on the economy to a natural disaster but said it differed in one big way. He explained: “The biggest damage in a natural disaster is usually to physical capital. In an epidemic, that doesn’t happen.

“There is nothing fundamentally wrong with many businesses. It was just that they had to temporarily shut down. Household finances have also held up quite well and the Government has injected a hell of a lot of money into the economy. Bank deposits were up by £25bn in May. Money is there to spend.”

He said that while there were clear signs of recovery there were also signs of uncertainty He spoke about the “paradox of thrift”. This is where even if people have the money to spend, they hold off because they lack confidence in the recovery and fear things such as unemployment. This, he added, can lead to a slump in the economy.

“We have to go back to a world where people are happy to go out and spend again and the Government has to be there ready to provide a backstop,” added Mr Beck who pointed out that the Government was now on track to borrow £300bn this year, a huge rise on the original pre-crisis estimate of £50bn.

He said: “We have to go back to the Second World War to find anything similar to that level of borrowing. The good news is that investors are now seeing Government bonds as a safer place to put their money. Interest rates are so low it means the Government can now borrow money for nothing.

“So there will be no urgency to cut the deficit. But it will also be harder for the Government to tell people in future that they cannot afford big spending. The last few years have all been about value for money in public spending but we are now likely to see a shift with a greater emphasis on spending to create resilience and capacity.” 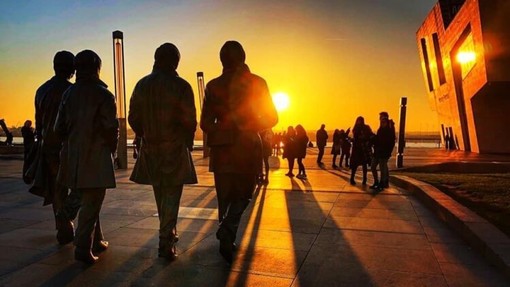