Following the launch of its #BikesForNHS campaign in April, social enterprise Hype Merseyside has loaned 186 bikes to NHS workers supporting the fight against COVID-19.

The organisation - which focuses on getting people involved in cycling - has also seen 67 unwanted bikes donated by the public and is still appealing for more, so that they too can be refurbished and loaned to the NHS workers who applied for the scheme.

The scheme, which received hundreds of applications, was launched to allow staff on the frontline of the national health crisis save money by not having to take taxis when public transport wasn’t available, to save time and allow them to spend more time with their family (rather than waiting at bus stops and train stations) and to improve their own health and general fitness.

The #BikesForNHS Merseyside initiative even gained the support of The Minister of State at the Department for Transport, Chris Heaton-Harris MP, who described it as a “fantastic scheme” in a Zoom call with organiser Matt Houghton.

During the call, which also included Jenny Box, Head of Behaviour Change in England, James Scott, Director of Behaviour Change at Cycling UK and Alexandra Jarvis, from the Department for Transport, wider initiatives to encourage people to take up cycling were also discussed.

The success of the initiative with NHS workers at The Royal Liverpool Hospital, Aintree Hospital, Broadgreen Hospital, The Walton Centre, Arrowe Park and the Clatterbridge Hospital has also encouraged other local organisations to invest in similar schemes.

Magenta Living, the largest provider of affordable housing in Wirral, has committed £6,000 to provide up to 60 of their residents with a bike and access to workshops delivered out of Hype Merseyside’s new unit at the Environmental Innovations Centre in Birkenhead.

The free bikes will be loaned Magenta Living residents who are front line workers for three months. They will use Strava to log their journeys and complete a monthly survey, to feedback on how having access to the bike has improved their lifestyle.

Matthew Houghton, Chief Executive at HYPE Merseyside, said: “We set out to loan 100 bikes to NHS staff in the first phase of the campaign and we exceeded that target by almost double - 186 in total. The response has been incredible and we are proud to still be supporting the fantastic frontline workers who applied to the scheme with free, healthy and safe transport until the end of the year.

“It is also wonderful to see other local organisations like Magenta Living recognising the potential health and lifestyle benefits of cycling and investing in our bikes for their residents.”

Brian Simpson, Chief Executive of Magenta Living said: “I am thrilled that Magenta Living is supporting this scheme from our Community Fund, set up to help local organisations, such as HYPE, during the current COVID-19 crisis. This initiative has been a great success and we are pleased to support our tenants who are key workers through this scheme and recognise the fantastic work they do on the front line.

“Cycling also provides great health and wellbeing benefits which are so important, especially during the current situation. Providing free bikes through this initiative has provided a great option for our customers to reach their place of work in a safe, timely and healthy way as well as helping with our climate change agenda.”

Dawn, a Magenta Living tenant who is currently using the free bike scheme said: “The team at HYPE, Matt and Kev have been fabulous and super helpful. This is a great community project for local frontline key workers to utilise and it’s fantastic that my landlord, Magenta Living, is able to provide the support for projects like this, without them it wouldn’t exist!

“I’m really enjoying using the bike which allows me to travel to and from work safely. It’s also allowed me and my son Thomas to spend time together on our bikes, touring around the Wirral and helping more of the local community as we can, whilst also keeping us both fit and healthy! Projects like this really do bring the community together by helping those who may not have had the opportunity to hire a bike previously. A big thank you to HYPE and Magenta Living for making this happen.”

Hype’s latest project, Hype Urban Bikes, will also open to the public this month, with bikes available to hire for three or six month periods, for just £1 per day.

Matthew added: “Cycling is a sustainable, healthy and environmentally friendly way to travel to work and for leisure. We believe that it should be accessible to all and our new hire service puts it much more firmly within people’s reach.

“Bikes will be available to hire out of our new unit at the Environmental Innovations Centre in Birkenhead and we also plan to run some family maintenance sessions during the summer holidays, to encourage and educate people on the joy of cycling even further.”

Established in 2007 to deliver workshops for teenagers in deprived wards during the summer holidays, HYPE Merseyside’s cycling and development plan now focuses on getting more people, more active, more often through cycling. It also aims to make cycling cheaper, safer, more accessible and a natural choice for transport.

For more information, images or to arrange an interview with Matthew Houghton, please contact Nikki Girvan on 07834072989 or nikki@nonconform.co.uk 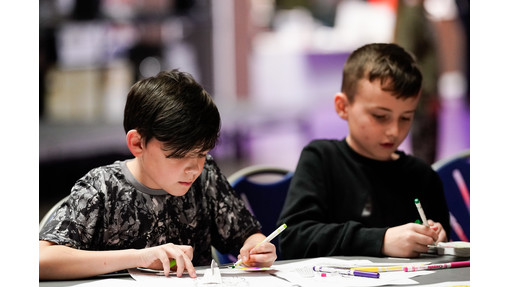