A record year for Bermans Solicitors

The firm had planned a number of events during 2020 to celebrate the landmark date and so far, only an event in Manchester in February has been held but they are still hopeful of hosting a Liverpool event later in the year too.

The Asset Based Lending team, led by Alex Chapman and David Gledhill, continue to enhance their reputation as sector leaders and have seen strong figures in factoring and leasing finance work. Our Invoice Finance team has been ranked #1 lawyers by the Business Money magazine in their annual review of the UK invoice finance sector.

The Insolvency Team, headed by Phil Farrelly made two senior appointments during the year, partner Martin March joined from Knights in February and Senior Associate, James Whittaker, joined in November. Significant instructions include the acting for Quantuma partners Andrew Hosking, Sean Bucknell and Michael Kiely as joint administrators of the Bolton Whites Hotel in relation to its sale, in conjunction with the sale of Bolton Wanderers FC, to Football Ventures.

Barney Leaf and Simon Nolan have also recently joined the Manchester office from Laytons, taking overall Corporate team led by Jon Davage, up to 4 partners and 10 fee earners in total. Barney has extensive experience in relation to acting for international and national venture funds and in the last twelve months has advised on numerous substantial transactions.

The North West Corporate team advised on over £90M of corporate acquisitions, share sales and equity investments during the last 6 months, a record for the team across the North West.

Stephen Chalcraft has also joined the Manchester office and is part of a Property team headed by Fergal O’Cleirigh. Stephen is chair of the Greater Manchester Chamber of Commerce Property and Construction committee and brings 30 years’ experience in development and housing. He is also active in the education sector. Claire Morris became a partner on 1st July 2019 and has worked on some major transactions including the re-development of the former Cowley Hill works, which is likely to result in the regeneration of 114 acres of brownfield land and the delivery of 1,100 residential units for BXB Land Solutions.

The Employment team, led by Adrian Fryer, has seen double-digit growth for the second consecutive year, with an increase in turnover of 17% in 2019/2020. Rob Maddocks has been recruited to head up the offering in the Manchester office as the team continues to expand. Another busy year is expected in 2020/2021 as the team advises on the inevitable redundancies that will occur when companies adjust to the end of the Government’s furlough leave scheme in October.

Gareth Farrelly has been appointed as an Arbitrator for the Court of Arbitration for Sport and has recently been appointed to the Premier League Judicial Panel. The Litigation and Debt Recovery teams, headed by Nick Harvey, have had another excellent year and have secured a substantial group tax litigation instruction that augurs well for 2020/21.

Fergal OCleirigh commented “These results are very pleasing and represent a great achievement given the slowdown in transactional activity in the last quarter of the year due to Covid-19. Looking forward we are optimistic that the recession will be V-shaped and we have already seen signs of a return to normal levels of activity in property, corporate and invoice/asset finance.

“We have spent much of the lockdown trying to offer clients information and advice to help them through the crisis and we have used technology, in particular Zoom, to help achieve this. The events of the last few months will alter the way all businesses operate in the future and have accelerated the increase in remote working, we are focused on ensuring that we continue to communicate effectively and continually with our clients and the wider business community.” 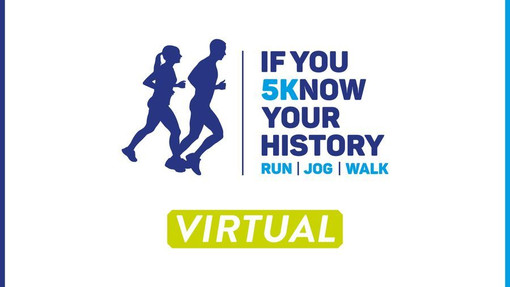