Professional Liverpool has appointed Andrew Ruffler as its new Chief Executive, taking over from John Hall as he retires at the end of March.

During John’s nine-year tenure as Chief Executive, he delivered financial stability to the organisation and has grown membership from 60 to almost 500 businesses. Andrew will build on this success when he joins the organisation on 16 March. He will officially start his new role on 1 April.

Former Regional Director at the Royal Institute of British Architects (RIBA) North West, Andrew joins Professional Liverpool from a consultancy role at Wirral-based architecture practice, ArchitectFolk. He also brings with him a wealth of expertise and extensive network of contacts from his time spent working with industry-leading creative agency, Uniform and within the investment teams at both Liverpool City Region LEP and MIDAS in Manchester.

As new Chief Executive Andrew will be tasked with implementing a new vision for Professional Liverpool, as the voice of the professional and business service sector in the Liverpool City Region.

“We are now in a position for the collective expertise of our team and membership to be used strategically to influence decision makers and help to shape the future of the city region.

“Andrew has extensive cross-sector knowledge and a proven track record in membership organisations. He successfully expanded and diversified membership at RIBA through a range of innovative and impactful initiatives. We are confident that he will bring this skill to Professional Liverpool and drive forward a strategy that will allow our members to contribute effectively to the region’s economic success.”

The professional and business services sector is the second largest in the Liverpool City Region in terms of gross value added (GVA), generating £8.4bn per annum and supporting an estimated 107,000 jobs in 12,000 companies*.

Speaking of his appointment, Andrew Ruffler, said: “John leaves a very strong legacy that I look forward to building upon and taking to the next level. We will continue to deliver the innovative events and initiatives that Professional Liverpool is renowned for, while also developing its role as an influencer, helping to shape the professional and economic future of the region.

Under its new leadership, Professional Liverpool will also seek to respond to the changing workplace and the impact that this has on its membership.

Andrew added: “We take a city region approach, with Liverpool at the heart of our operation. However, technology is irrevocably changing our ways of working and more people are working flexibly and remotely.

“Our new strategy will ensure we are responsive to the trends that impact the ways our members are working, so we can continue to deliver innovative and effective services to their businesses.”

Incumbent Chief Executive, John Hall, will retire from the role at the end of March. He joined the organisation in late 2010 as volunteer CEO, before being formally appointed into the role in April 2011.

As well as bringing financial stability and a raft of new members to the organisation, John also developed strategic relationships with key stakeholders in both the private and public sector.

He also brokered a number of relationships that raised the profile of Liverpool on a national scale. These included a partnership with Pro Manchester and working with The Growth Platform and the Lord Mayor of London to promote Liverpool in London and encourage the ‘north-shoring’ trend, with businesses relocating from the capital and the south east to Liverpool.

Speaking ahead of his retirement, John said: “The growth and the stability of the organisation are by far my proudest achievements. Back at the start our main focus was survival, now we are in a position of real strength.

“However, now is the right time to hand over the reins to someone with new ideas and a fresh vision. Andrew is enthusiastic, embedded in the city and understands the importance of collaboration.

“He is the ideal candidate to present our membership as the voice of the professions and a critical friend of decision makers in both the city region and across the North West.

“I would like to wish him the very best of luck in his new role. I would also like to thank the Professional Liverpool Board of Directors and Senior Relationship Manager, Alex Clark and her team for all of their support. I look forward to seeing the organisation and its members continue to thrive under Andrew’s leadership.” 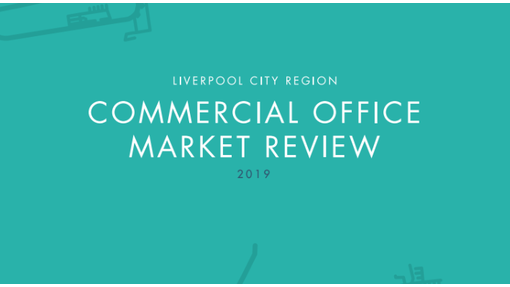