#EachForEqual: Merseyside Women of the Year Awards appeals for nominations from BAME and LGBT+ communities

Ahead of International Women’s Day (IWD) on Sunday 8 March, the Merseyside Women of the Year (MWOTY) awards is appealing for more nominations from the city regions’ BAME and LGBT+ communities

The theme for IWD 2020 is ‘Each for Equal’ and encourages supporters to challenge stereotypes, fight bias, broaden perceptions, improve situations and celebrate all women's achievements.

With just two months left until nominations close, event organisers are appealing for nominations that fully reflect the rich and diverse communities that make up the Liverpool City Region.

Last year, the awards received the highest number of nominations in its ten-year history, up 52 percent on numbers received in 2018. However, the proportion of BAME and LGBT+ nominees remained static.

Ellen Kerr from MWOTY said: “Our region has been a hub of multiculturalism for centuries. Liverpool is home to the oldest black community in the UK and the oldest chinese community in Europe. It is home to Yemenis, Somalis, Greeks, Ghanians, Latin Americans, South Asians and many more.

“We also have a thriving LGBT+ community, with organisations like the LCR Pride Foundation working to make our six boroughs a safe and welcoming place for all people, regardless of how they identify.

“Within these communities there are activists and entrepreneurs, women fighting poverty and injustice. They are all ages and from all backgrounds.

“As our volume of entries continues to grow, we want to ensure that our awards reflect the diversity we see day-to-day and shine a light on the unsung heroines in all parts of our region.”

The MWOTY Awards 2020, which will take place on Friday 26th June at the Crowne Plaza in Liverpool City Centre, will mark the awards’ tenth anniversary. Over the past decade it has celebrated and elevated the successes of hundreds of women from across the region who have won one of its prestigious awards.

Afrah Qassim, a member of the city’s Yemeni community and founder of Savera UK, is one of the event’s previous winners. In 2012 she was awarded the ‘Humanitarian of the Year’ award for her work with charity Savera Liverpool, as it was then named.

Afrah was recognised for her work tackling harmful practices such as forced marriage, female genital mutilation (FGM) and ‘honour’-based abuse and violence in Merseyside.

Initially focused on women in BAME communities in the region, the organisation, now called Savera UK, has evolved to extend its support across the UK and to all people at risk of harmful traditional practices, from any background.

Savera UK is also celebrating its tenth anniversary this year and concluding a three-year long Big Lottery Funded project from the Women and Girls Initiatives, the results of which will be revealed at an event on Friday 27 March.

Speaking of her 2012 win, Afrah said: “Winning the MWOTY Humanitarian award was a huge achievement for me. I never imagined that it would happen. I felt so proud of myself and it helped me believe more in myself and what I was doing.

“The awards provided new contacts and another platform from which to raise awareness of issues we are tackling, as well where to get help.

“Not only is it a lovely experience to be nominated for an MWOTY, it is also a great opportunity to promote the work you are doing in making a difference and recognising the work that women do in our diverse communities.”

Jean Gadsby, from MWOTY, added: “There are still two months left to nominate for the 2020 awards. It is free and anyone can nominate.

“We want to hear about the incredible women making a difference in communities across the region, particularly those from BAME and LGBT+ communities, where we typically have a lower number of nominations.

“We’d love our tenth anniversary event to truly reflect the rich tapestry of our region and the celebrate the successes of our women across diverse communities.”

Nominations for the 2020 awards officially opened in November 2019, following a launch event attended by the Lord Mayor of Liverpool, Councillor Anna Rothery.

Speaking after the event, she urged people to nominate women ‘deserving of recognition’ from across the region. She said: “Our region is filled with so many amazing women working hard for their communities every day, never asking for anything for themselves. It is fantastic that the Merseyside Women of the Year awards provides a platform to celebrate that work and propel it to new heights.

“It was an honour to join MWOTY as it launched its tenth anniversary awards, and meet so many wonderful supporters and past winners. I’d urge anyone who knows a woman deserving of recognition to nominate them for the MWOTY awards 2020.”

Nominations for the awards are open until 5pm on Wednesday 22nd April at 11.59pm. The shortlist will be announced and the public vote to determine the overall Merseyside Woman of the Year 2020 will open on Monday 11th May.

You can nominate online, via email or in writing by post. For guidelines and to nominate please visit: https://merseysidewomenoftheyear.co.uk/nominate/

To find out more about the event, visit: https://merseysidewomenoftheyear.co.uk/ 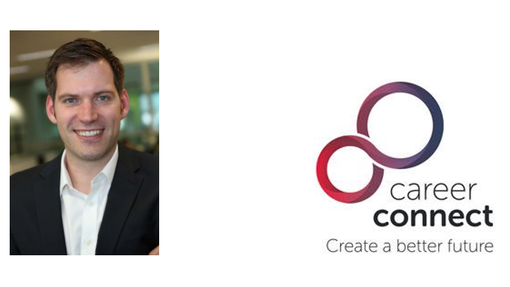